Many guidelines still call for patients to be properly fasted prior to ED procedural sedation. Although this is steeped in consensus and tradition, is this really beneficial?

This was a planned secondary analysis of a multicentre prospective cohort study of 6183 children who received parenteral procedural sedation in one of 6 Canadian ED’s.

They compared fasted and non-fasted children with the occurrence of pulmonary aspiration, adverse events, serious adverse events and vomiting.

Most children were very healthy at baseline. 80% of the procedures were for orthopaedic reductions and laceration repairs. Two thirds of children got ketamine alone. (This is obviously a different cohort from those patients that get treated in the operating theatre.)

How many children were not properly fasted?

In the end, there was no association between fasting and any bad outcomes. This is concordant with all of the previous studies on this subject.

Naysayers can complain about the limitations of this study; not huge enough to make definitive claims about safety, ketamine is airway protective, conducted in tertiary centres, and it was not randomised.

The excellent accompanying editorial by Steve Green (Dr Ketamine) shreds these arguments with further evidence. In addition, he emphasises many of the potential harms of fasting.

Even before this study was published, the American Collegeof Emergency Physicians (ACEP) 2014 clinical policy recommended not to delay procedures solely on fasting time.

Outside the USA, I would imagine most of us have quietly changed our practice anyway and don’t consider fasting to be a mandatory requirement. Perhaps is time to formally change our policies.


Posted by EmergencyMedJC at 20:38 No comments:

Bougie vs Endotracheal Tube with Stylet for ED Intubations: an RCT

“…use of a bougie compared with an endotracheal tube + stylet resulted in significantly higher first-attempt intubation success among patients undergoing emergency endotracheal intubation.”

Should we all go bougie first?

As is often the case, the devil is in the details…

This was a single centre clinical trial randomised 757 adult patients to the two arms (bougie vs. stylet) using mostly a C-MAC Macintosh blade.

Before you jump on the gum elastic bougie train, consider a few things.

This study was conducted in an ED where the tradition was to use a bougie first. They would have obviously been more comfortable with this technique and the stylet was new to them.

The vast majority of the intubations were done by less experienced PGY 2 - 4 emergency residents and fellows. Emergency medicine faculty only performed 3% of the procedures.

The incidence of hypoxemia (13% vs. 14%) did not differ between the groups. This is a more relevant patient oriented outcome. This study did not report any patient harms from the lower first-attempt success of the stylet (but to be fair, was not powered for safety).

In the end, I don’t think this study will be overly practice changing. Most clinicians will stick with what they know best. But a 96% first pass success rate is extremely high and hard to ignore.

Driver, BE, Prekker ME, Klein LR, et al. Effect of Use of a Bougie vs Endotracheal Tube adn Stylet of First-Attempt Intbuation Success Among Patients with Difficult Airways Undergoing Intubation; A Randomized Clinical Trial. JAMA. 2018;319(21):2179-2189.


Posted by EmergencyMedJC at 19:34 No comments:

Many patients with neck of femur fractures get some form of a nerve block in the Emergency Department. This is most often a single injection and wears off in several hours. Would a continuous block via infusion be better?

This UK single centre trial randomised patients to standard care vs. a continuous infusion of 0.2% ropivacaine at 5ml/hour for 48 hours. The medication was delivered by perineural catheter placed by experienced anaesthesia doctors.

Included patients had to be >70 years old, without cognitive impairment, live at home and independently mobilise. Yikes! This obviously limited the number of eligible patients and made this study less feasible to undertake.

The two primary outcomes were the Cumulated Ambulation Score and Dynamic Pain Score score over three days. Whatever those are...

It is no surprise no difference was found. (Other than a secondary outcome of improved pain at rest) With these small numbers, the researchers had low statistical power and could only hope to find a big difference. In addition, there were several issues that may have drawn the conclusion to the null hypothesis.

Many questions remain; did they use the right dose, did they do the correct block, were the primary outcome scores appropriate & relevant, etc.

In the end, the jury is still out. Despite the negative conclusion, the research question really remains unanswered. If there was a longer delay to theatre, one would hope a continuous infusion would be better than standard care… but who knows, there still is clinical equipois 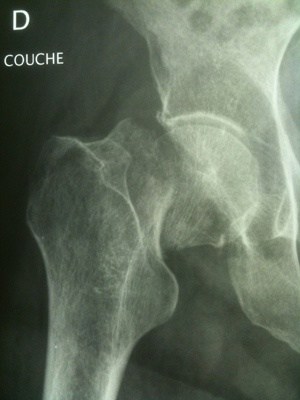 
Posted by EmergencyMedJC at 22:30 No comments: