Aromatherapy for nausea? Inhaled isopropyl alcohol vs oral ondansetron for nausea in the ED; an RCT

A patient with nausea presents to your ED...

A busy triage nurse to hands a patient an isopropyl alcohol pad and says, “sniff on this.”

Believe it or not, this is not a new concept. The use of aromatherapy to reduce post-operative nausea & vomiting has been studied for decades. But it has only just just recently popped its head (nose?) into the ED.

This was a very well conducted RCT that enrolled 122 young adults with a chief complaint of nausea & vomiting >3 on a numerical rating scale. They excluded patients who had already got IV cannulation and prior antiemetic therapy.

They were randomised to one of three arms:


They were told to sniff on the isopropyl alcohol pad as much as they like and could get a new/fresh one about every 10 minutes.

The primary outcome was reduction in nausea as measured on a visual analog scale (VAS) at 30 minutes.

Both arms using isopropyl alcohol had reductions in nausea by about 30mm. The ondansetron alone arm only had reduction by 9mm. This was statistically significant and the authors made the expected conclusions.

Despite elegant methods, this study did have some important limitations.


In the discussion, the authors state the mechanism of action remains unclear but could be “related to olfactory distraction.” Perhaps a nausea voodoo dance would have met with the same effect? Who knows…

What should we conclude?

Inhaled isopropyl alcohol might help some low risk patients in the ED with nausea. It is very unlikely to cause harm. But I still like the idea of a voodoo macarena.


Posted by EmergencyMedJC at 02:27 No comments:

During my ED training, I was taught the maxim; nobody is ever "just drunk." Of course, this was meant to emphasize caution in recklessly labelling patients as such. Some may have subdurals, infections or other bad illness.

These authors attempted to quantify the proportion of patients who were thought to be just drunk but who ended up requiring critical care resources. In addition, they sought to find clinical features that might be associated with the need for these resources.

Enter Minneapolis, Minnesota. (Evidently, a lot of people resort to drinking here.) Their ED has a “dedicated intoxication unit” where these presumed low risk patients are grouped.

Over five years, they put over 35,000 patients through this area. One patient was readmitted 227 times!

Of these low risk patients, what proportion of them ended up requiring critical care resources?

Abnormal vital signs, hypoglycaemia and parenteral sedation were associated with this outcome. This has face validity i.e. makes sense.

However, this study had substantial limitations.

It was a retrospective review of EHR data which we know to be rather unreliable. It also rested on subjectivity in the definition of their study population and other assumptions.

At best the 1% estimate is a ballpark figure.

But the accuracy doesn’t matter. The overall message has not changed; a small proportion of patients who you suspect to be “just drunk” will really have something bad. Pay attention to vital signs and overall be cautious.

Where have I heard this before? Posted by EmergencyMedJC at 20:51 No comments:

Haloperidol for cannabinoid hyperemesis syndrome; why not… 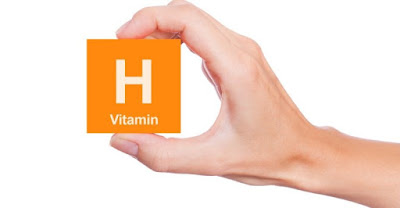 It seems “Vitamin H” is pretty good for lots of things.

Add it to the list for cannabinoid hyperemesis syndrome (CHS)!

Ok, this “study” if far from high science (forgive the pun). It’s a retrospective chart review reporting a case series of 4 with lots of limitations.

All included patients were thought to have CHS. Perhaps they were diagnosed in the hot shower? They seemed to all have refractory vomiting until they were given haloperidol 5mg IV.

The authors provide some physiologic reasons why this might be efficacious and appropriately temper their conclusion by stating their success “warrants further investigation.”

In summary, this study is arguably a level of evidence just above anecdote. But who cares… did I say I love vitamin H?


Posted by EmergencyMedJC at 02:39 No comments:

Intralipid emulsion treatment as an antidote in lipophilic drug intoxications- Worst paper of the decade?

This case series from Turkey published in the American Journal of Emergency Medicine is a fabulous example of intoxicated peer review (perhaps they needed the intralipid?)

It is awful from the first sentence.

Of course, this is not referenced.

There is no definitive high-quality evidence demonstrating a reduction in mortality from intralipid. There best evidence is mostly case series. (Although I did find an RCT of 34 cats poisoned by permethrin!)

So, getting past the first sentence is problematic… but I’ll continue.

The authors report a case series of 10 patients admitted to their ED who had allegedly taken overdoses of mostly amitriptyline but also some metoprolol, nifedipine, quetiapine, lamotrigine, sertraline, fluoxetine, alprazolam and of course Bonsai.

This term is not explained in the manuscript. Gut if you google Bonsai, you get some beautiful images of small trees. If you dig a bit further, you come to discover it is a popular synthetic cannabinoid in Turkey. Who would have known?

Another tangent… back to the paper.

The authors describe each patient in some detail, but don’t really mention if any standard treatment was given. It looks like only one of the patients with TCA overdose ever got sodium bicarbonate except one who (I think) died.

She did not answer cardiopulmonary resuscitation, and she was admitted as exitus.

What should we conclude?

According to these results, it was found that ILE treatment is a lifesaving agent in lipophilic drug intoxications and can be used in unconscious patients who have cardiac and/or neurologic symptoms, but no history of a specific drug ingestion.

I conclude the authors and the peer reviewers were probably on the bonsai… and I’m not talking small trees.

Posted by EmergencyMedJC at 16:35 No comments: