This was in fact two RCT’s.

The primary one was comparing conversion to sinus rhythm between a drug-before-shock strategy vs. shock only for cardioversion of acute (<48 hours) atrial fibrillation. The second was a nested RCT comparing anterioposterior vs. anterolateral pad placement.

Of note, the procainamide worked for half of the patients and they were able avoid electricity and procedural sedation.

But not emphasized in the paper was the success of doing nothing. Many patients self-reverted during their ED stay and even with placebo infusion. Perhaps we should adopt a wait-and-see approach as suggested by the Dutch and Doyle?

There are a few things to note.

They reported no adverse events at follow up. (But there was one case of “cardiac arrest” when they forgot to hit the sync button… woops!) As per prior similar studies, it looks safe.

The cohort was a bit younger (mean age 60) and most had AF for less than 12 hours. Therefore, care should be taken when extrapolating this study to older patients with longer duration of AF.

11% of patients returned to the ED with recurrent AF within 14 days. This very likely underrepresents the amount of recurrence. Which begs the question of why bother…

There was a trend towards efficacy with the drug shock group with NNT of 25 for more successful overall conversion. This makes physiological sense.

Of course, the biggest issue is procainamide is not officially available in Australia and in some other countries. The authors suggest other antiarrhythmics might be useful.

Overall, I think this is compelling evidence to a consider a drug/shock strategy. But I still think doing nothing might be even better. Time for shared decision making. 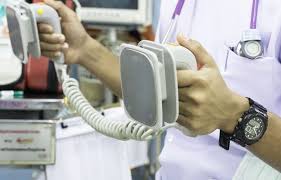 Posted by EmergencyMedJC at 23:59 No comments:

We all love syncope with its ubiquity and complexity. Most causes are benign but the needle in the haystack may be fatal. Wouldn’t it be nice to have a good clinical decision instrument to help us out?

These researchers sought to validate the Canadian Syncope Risk Score (see below) among 3819 patients that presented across 9 ED’s in Canada.

The risk score is mostly a quantification of what we evaluate already. History, ECG, ED diagnosis and troponin (if performed). Score ranges from -3 to 11 and patients are put into one of five categories; very low, low, medium, high or very high risk.

This seems ok but I’m not so sure this “rule” will gain traction.

First, it’s too complicated to commit to memory. We would need to refer to MDCalc which will decrease its utility.

Second, it hasn’t formally been compared to what we already do… which is gestalt. (However, some may argue that it is already heavily reliant on gestalt.) It is possible that following the rule could make things worse.

Third, we know rules tend to perform less well in complex disease processes. This is why doctors have not been replaced by robots… yet.

Probably how we use most rules; something we can write in the medical record to support a decision we have already made. This might sound cynical, but gestalt is probably the best rule. 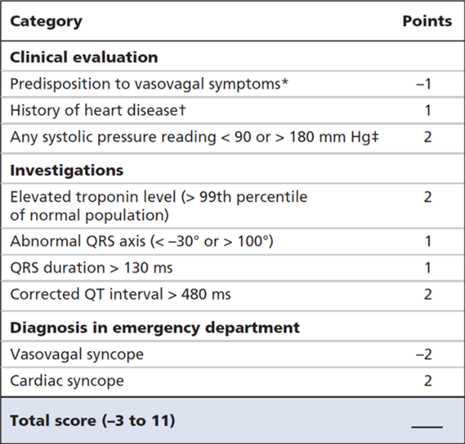 Posted by EmergencyMedJC at 17:11 No comments:

Apixaban for the Treatment of DVT/PE Associated with Cancer

Most DVT’s and PE’s in patients with cancer are treated with low molecular weight heparin. As if the malignancy was not enough, now they will get painful daily injections often for the rest of their life.

Seems cruel… why not just use a DOAC?

In turns out, there was no good evidence that they could be used in this population and there was some concern about increased bleeding.

Sounds like a good reason for a clinical trial?

These authors performed a randomized open-label noninferiority trial comparing apixaban to daltiparin in over 1000 patients in 119 centres in Europe, Israel and the USA.

They excluded patients with any CNS malignancy, leukemia, basal and squamous cell skin cancers, or if they were high risk of bleeding.

The primary outcome was recurrent DVT/PE during the trial period.

Recurrent DVT/PE occurred in 5.6% of the apixaban group and 7.9% of the daltiparin group. This met their non-inferiority margin but was not quite enough to claim superiority (p=0.09). Major bleeding was the same in both groups.

There was a trend towards more “clinically relevant” non-major bleeding with apixaban at 9% compared to 6% . This should lead to some caution as they already excluded those with high risk of bleeding.

Although the authors claim this was an “investigator-initiated” trial, it was funded by a “Bristol-Myers Sqibb-Pfizer Alliance.” In addition, there is an impressive list of author conflicts of interest- lecture & consulting fees, grant money, travel expenses, advisory board fees, etc. etc.

Either way, this trial published in the NEJM will be considered “high quality evidence” and will change the guidelines. Hopefully it's right.


Posted by EmergencyMedJC at 02:02 No comments: