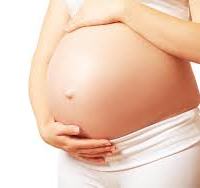 There must be something in the coffee houses that make the Dutch so sensible.

Just like the HEART score, they have created another simple clinical decision instrument that has face validity (regardless if it is actually proven). This time, it’s for investigating potential PE in pregnancy.

This multicentre, international trial was conducted at 18 hospitals over 5 years. They included pregnant adults who had been referred to the ED or obstetrical ward with suspected PE.

They aimed to determine whether their pregnancy-adapted YEARS algorithm could be used to avoid diagnostic imaging in this at-risk population.

Simply put, the algorithm is as follows:

About 500 women were included. 20 (4%) of patients had a PE diagnosed at baseline. Only one patient (0.2%) was diagnosed with a DVT in the follow up period. There were no PE’s and no deaths. CTPA was avoided (not indicated) in about 40% of patients. The efficiency of the algorithm was better during the first trimester (65% avoided CTPA).

Gold standard screening tests were not performed to look for subsequent DVT or PE. Much like it is hard to find a fever if you don’t take a temperature, it is hard to find VTE if you are not testing for it. But they reportedly did look if patients had symptoms… which is the practical and ethical approach in this RCT.

It is hard for this study to claim safety regarding mortality as death from PE in pregnancy is reasonably low. It will never be feasible to enrol enough patients in an RCT to asses mortality benefit.

Using clinical gestalt (i.e. the 3 YEARS criteria) and a pregnancy adjusted D-dimer is a sensible approach.