Not so FAST? How a study on lung ultrasound got it wrong… 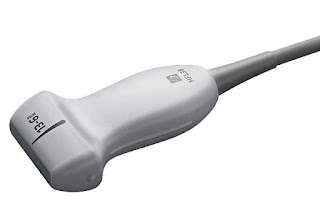 This study out of UC San Diego set out to determine the accuracy of lung ultrasound vs. supine portable chest x-ray for the detection of traumatic pneumothorax.

Yes, I also thought this research questions had been suitably answered.

In 2020, a CochraneReview included 13 prospective paired comparative accuracy studies and concluded that ultrasound was about 90% sensitive vs. 50% for a chest x-ray. Both are highly specific.

Regardless of the consistent evidence, let’s consider face validity. Anyone who is competent in lung ultrasound knows that ultrasound is much better at finding pneumothorax. There is no planet in the solar system where a supine portable chest x-ray is going to be more sensitive than ultrasound.

But this study concludes the opposite… chest x-ray was better!

Huh? How could this be?

This was a retrospective registry review. Retrospective data is often poor quality. Registry data is even worse. Garbage in... garbage out. Ironically, this study would never have been included in the Cochrane review.

What is the probability that this single study with worse quality evidence is correct and all the consistent higher quality studies are wrong?

Yes, the probability is close to zero.

But where did this study really go wrong?

I think the authors answered the question themselves, “… in a non-study environment, such as ours, the pleural views were not universally performed with the same rigor as in a prospective study designed specifically to detect pneumothorax.”

I think this is probably the answer.

As expected, there were many concerned letters to the editor. Even one from Dr Giovanni Volpicelli who is the world leader and pioneer of lung ultrasound. But the authors stuck with the strategy of “never admit you are wrong” and doubled-down in their conclusions.