A randomized, noninferiority trial of two doses of IV ketamine for analgesia in the ED 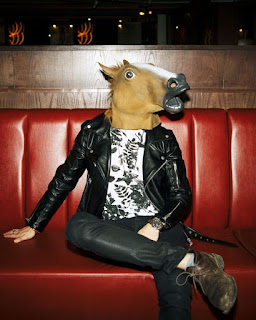 This single ED in Chicago conducted a double-blind RCT that included adult patients with acute pain (flank, abdo, back, musculoskeletal or headache) and had a >5 on their initial NRS.

There were several exclusion criteria including patients that had chronic pain or currently taking opioids. This is arguably the patient population who would likely be best targeted for ketamine… but I digress.

Ketamine was given as initial therapy without co-administration of any other analgesics. Yikes!

Oh… and the ketamine was given as a slow IV infusion over 15 minutes (to decrease side effects and increase nursing hassle).

The primary outcome, NRS, was measured at 30 minutes. They also measured adverse events with the Richmond Agitation Sedation Scale (RASS) the Side Effect Rating Scale of Dissociative Anaesthetics (SERSDA). (Ketamine is so special, it even comes with its own measure tool for side effects.)

98 patients were enrolled and there was no statistical difference in the primary outcome nor side effects at 30 minutes. The authors conclude a lower dose is fine.

As a surrogate of patient satisfaction, the authors asked the patients, “would you take this medication again for similar pain?” An astounding number said no; 25% vs. 40% in the low and high dose respectively. This is arguably the most important outcome of this study… patients really didn’t like this stuff (even when given slowly to minimize side effects).

Let’s face it, we would never use ketamine this way. It is not first line therapy. Would never use it in isolation. We would target our patient population differently. And logistically, we probably would not give an infusion.

So, what can we conclude? Don’t use ketamine this way.

Generally speaking, the hype and enthusiasm for subdissociative ketamine for pain is ridiculous. Yes, it has its place. But bang-for-buck, it’s a dirty drug; it doesn’t work that well and comes with many side effects.